I have a friend who just a few years ago was frustrated with the amount of unintentional feces she had to deal with as a grown woman... But of course that's to be expected, most people don't expect to have to deal with any-- save maybe the occasional puppy accident.  But when one has three little children, its more or less par for the course.

But little ones eventually become big ones. and while they learn where and when to put their poops, there is still lessons to be learned regarding the simple act of elimination.  As evidenced by her youngest latest self realization overheard from outside the bathroom door 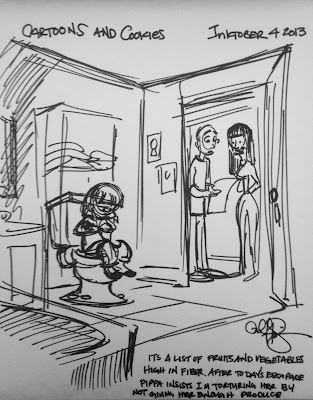